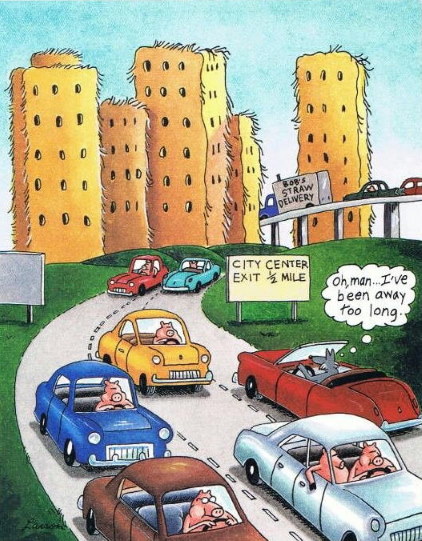 My latest take on Donald Trump is that he's a time traveller from the past. In the movie Idiocracy, a completely average guy from our time goes hundreds of years into the future, and humans have become so stupid that he's a super-genius and the most important man in the world.

In our world, instead of becoming stupid, we became nice.

Trump comes from a time where if you meet a weaker man on the road, you take all his stuff and leave him in the ditch to be ignored by passers-by. A lot of ancient history was actually like that. Someone from that world, in ours, would marvel at the charity of his adversaries, and the gullibility of his allies.

His downfall was that he never understood us. Deep down, he really believed that if he insulted John McCain enough, Arizonans would recognize him as the stronger leader. That's why he thinks the election was stolen, because he cannot understand how any strategy could win other than absolute ruthlessness.


I do appreciate Trump for being so transparently who he is, and it's the strangest thing that his followers don't see it. People are worried about deep fakes, but one thing I learned in 2020 is that no technology can distort reality better than the human mind.

I think Trump started out cynically exploiting his followers, and together they fell into madness. That madness is an epistemological practice: building your mental model, of the world beyond your senses, as whatever you want it to be, or whatever makes your life feel meaningful.

Philosophically, I'm a pan-first-personist. I believe that reality is fully created by experiencing perspectives, because that's all reality is. But that doesn't mean you can just do anything. We have to share the universe with other reality-creating perspectives, and one thing you can't do, is make other people not real.

When Trumpers say Biden won through voter fraud, what they mean is, they don't think Biden voters are real. And reality creation goes way deeper than other humans. Somewhere I read that shamanic healers say the one thing they have no power over, is a pandemic. So... South Dakota ER nurse recalls how dying patients spend last minutes insisting virus isn't real.


December 4. The other day I had a visitor, and we walked around and talked about stuff. I told him my latest insight about meditation: Being is the ground of doing, and meditation is practicing being without doing. The better you are at being, the less it matters what you're doing. Charles replied that the deeper root of being is non-being, like an empty cup. So now when I focus on my breathing, I frame it as creating an emptiness inside me to pull the air in.

Modern people often complain about feeling empty inside, or needing to "fill the void". So now I'm thinking, that could be a symptom of having too many ways to fill the void, so that we're never empty enough, for long enough, to learn to feel comfortable with emptiness. Related: an old Reddit thread on an important and rarely asked question: Why is boredom painful?


December 7. AI is an Ideology, Not a Technology. The key paragraph:

"AI" is best understood as a political and social ideology rather than as a basket of algorithms. The core of the ideology is that a suite of technologies, designed by a small technical elite, can and should become autonomous from and eventually replace, rather than complement, not just individual humans but much of humanity. Given that any such replacement is a mirage, this ideology has strong resonances with other historical ideologies, such as technocracy and central-planning-based forms of socialism, which viewed as desirable or inevitable the replacement of most human judgement/agency with systems created by a small technical elite. It is thus not all that surprising that the Chinese Communist Party would find AI to be a welcome technological formulation of its own ideology.